Wushu is a modern sport which is fundamentally based on various traditional kung fu styles. It is practised as a professional sport in many Asian countries and its popularity is rapidly gaining momentum worldwide. There are two main categories of Wushu: Taolu and Sanda.

Sanda (also known as Sanshou) is a modern hand to hand competitive combative sport characterised by quick and powerful punches, kicks and most notably, throws. Sanda utilises gloves amongst other protective gear and bouts are undertaken on a raised platform called a lei tai.

The champion is decided through the results of either a final point tally at the end of three (3) – two (2) minute rounds, by point accumulation, absolute victory, default or by knock out. Junior level international competitions are held for youths 15-18 years of age using one and a half minute rounds under elaborated rules of contact and protective measures.

Legal striking techniques include punches, low kicks, high kicks, throws, takedowns and in higher levels reverse spinning techniques. Elbows, knees, attacks to the back and joint locks are not allowed in sanda competition and are penalized.

Emphasis is placed on clean and clearly visible attacks to either the legs, body or head of an opponent. Competition is ferocious and professional sanda fighters often fair very well in MMA type events.

Points for sanda are determined by 3-5 corner judges and the rules are enforced by a platform referee and the head judge. A fighter must earn the approval of the majority of corner judges to win each round, or by successfully taking an opponent off the lei tai twice within the round. 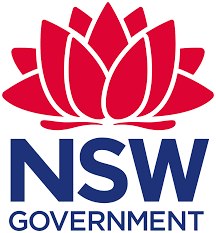